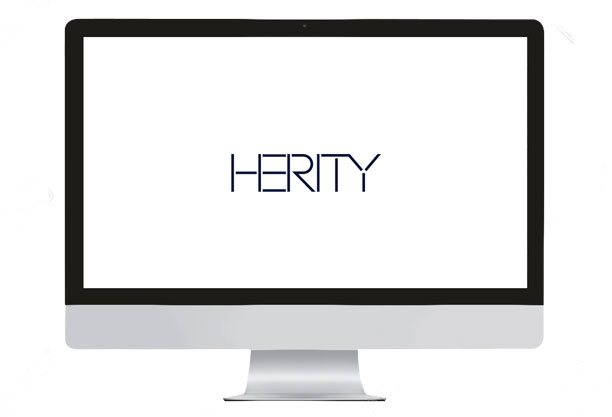 Homebuilders and their associations are only as good as their executive leadership. Bob Finnigan, currently COO Housing at The Heron Group of Companies, who was recently named CHBA Member of the Year, has led them all – local, provincial and national bodies. With such unique and extensive expertise, Finnigan shares his insights on recent industry and government initiatives, and what’s to come to address issues facing the industry and homebuyers.

Condo Life: You were recently named CHBA Member of the Year. How does that feel, as an established industry veteran with so many years in so many important capacities?

Bob Finnigan: When they first made the announcement, my initial reaction was, ‘Wow, this person has done a lot of work.’ Then I realized it was me! It’s a very nice surprise, and I’m very honoured for being recognized in this way by my peers. I have been volunteering for a long time, and the years have passed very quickly – so the workload seems normal to me – but when it is highlighted, you realize that, in fact, your efforts do make a difference.

CL: What do you think was the chief reason or accomplishment that earned you such accolades?

BF: I would think that in addition to the years of previous work, including serving on the boards as president of all three levels of homebuilders’ associations, it was the additional efforts I had put in over the last year to ensure that the items I have been working on will be seen to fruition. Those of us who serve on the boards do so in order to better the industry on an ongoing basis. We all feel strongly about what we do, and we know what needs to be changed to continually improve the situation for builders and homebuyers.

CL: How are you applying this now award-winning expertise in your current capacity?

BF: The award is great, but essentially, nothing has changed for me where my work is concerned. My passion is still to bring new houses to people who are proud to call them home. In a way, the work on the associations is an extension of what I do every day at Heron and Herity.

BF: I applaud the provincial government for moving this way. It is definitely a step in the right direction, but a lot of things have to happen before the program will work. My assessment is, let’s see how it rolls out. Things change all the time, and we have already seen the program evolve with new announcements. As long as we keep moving in this direction, the results should be positive and good.

CL: What are its key strengths, and where does it come up short?

BF: Its key strengths include cutting red tape to make it easier to build a variety of types of housing in the right places, and hopefully making housing more affordable in the process. Paperwork and layers of permits, approvals and development charges add greatly to the cost of new homes. This plan looks at the situation in a pragmatic way. Up until now, the choice of homes in specific areas has been restrictive. Obviously, the government has been listening to what we in the industry have been saying for years. Now, it will be interesting to see how long the rollout and implementation take.

CL: In its budget in March, the federal government, by many industry accounts, failed to truly tackle some of the key challenges in the housing industry. What do you think Ottawa should have done, and should focus on making happen, going forward?

BF: The federal government’s mortgage stress test that came into place in January 2018 has been a huge problem for homebuyers across the country. A lot has changed since then, and in the two markets the stress test was designed for (Vancouver and Toronto), it has certainly cooled things – but it also had strong negative effects and hurt the rest of the country.

Sales are down in many markets, and even if they are not, people who could have purchased prior to January of 2018 with the very prudent lending rules the banks had in place, are now shut out of the market or have to get additional financial help. Even worse, many have turned to unregulated lenders that don’t have to adhere to the rules, and that charge a much higher rate than regulated lenders. The potential homebuyer loses both ways. We had hoped that the government would recognize these market changes and look to relax the stress test for longer-term mortgages – five years or more – but it did not.

In addition, we asked that they reinstate the 30-year amortization period, again making the qualifying payments easier to afford. It does not create any additional risk; it just allows more people to realize the dream of homeownership.

What Ottawa did do was to announce additional RRSP funds that can be taken out to purchase a home, which is very good, and also a CMHC program that will help bring homeownership within the financial reach of some purchasers. The concern with the CMHC program is that it is complicated, the specifics of which have not been fully disclosed yet and won’t be until the fall, and it is capped, so is limited in scope.

As such, we continue to call for the stress test reduction and the 30-year amortization as an instant and no-cost solution to the many Canadians wanting to get into homeownership. If they did this, we would see many more Canadians come into the market.

CL: Between the federal and provincial government involvement, plus more on a municipal level, and actions such as BILD’s Building Answers public awareness campaign, the homebuilding industry is really involved with all stakeholders. Where is all this going? What’s next? What else needs to happen?

BF: All three levels of homebuilders’ associations are working more closely than ever before. Of course, technology helps keep us connected on a nationwide level so we are all on the same page, wherever we are in the country. We all have the same concerns, but on different scales. One thing we agree on is that housing affordability is the number one issue facing young Canadians. Our collective associations’ goal is to drive this message home to all three levels of government. The province seems to have gotten onside with that goal, with the recent Housing Supply Action Plan. Municipalities still need to work harder to make Development Charges more reasonable and to cut red tape. The federal government has different pressures to deal with, but making it more difficult for people to purchase with actions such as mortgage stress test is totally counterproductive.