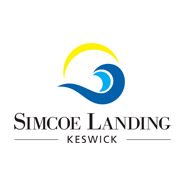 CAMBRIDGE, ON, April 10, 2013 – The Mikey Network’s ‘MIKEY’, a public access defibrillator, has saved the life of a 47-year old Cambridge resident, Richard Goodwin, who suffered sudden cardiac arrest while exercising. “Richard regularly exercised at the Mississauga YMCA (325 Burnhamthorpe Rd. West). Trained staff performed CPR and applied the MIKEY defibrillator. After one shock, they were able to get a heartbeat on Mr. Goodwin, who was starting his workout, when he collapsed. He was then transported to the Credit Valley Hospital and Trillium Health Centre for treatment, and is expected to fully recover,” said Mikey Network Chairman Hugh Heron.